The Wyoming Fine Arts Center is made better everyday through the combined efforts of these fine individuals. We value our faculty, board and staff. We are proud that our faculty members are college educated and many have postgraduate degrees in their teaching expertise. Several of our team teach at the University level. Our expertise is one of our defining factors. 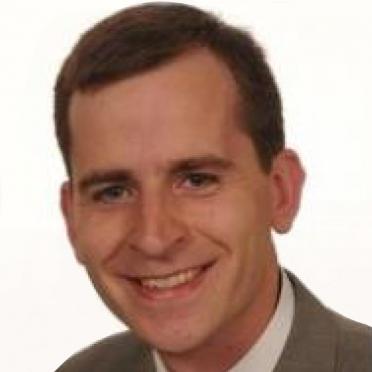 Andrew is a patent attorney with Frost Brown Todd LLC.  He is passionate about music and the arts, and particularly about art and music education for children.  His two children are involved in piano lessons and the Suzuki violin program at the Fine Arts Center.  His goals as a Board member include expanding the Suzuki program, enhancing outreach to children in Wyoming’s neighboring communities, and enhancing the facilities at the Center while maintaining its historic character. 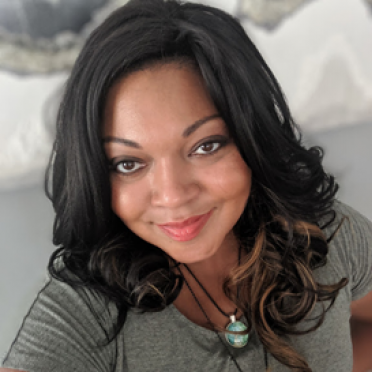 Autumn McKinley is a local abstract artist, and jewelry designer who had spent 15 years working in the nonprofit and community organizing sector across the country. Always a fan of the arts, Autumn discovered her inner artistic voice while going through treatment for breast cancer in 2017. Art became her form of healing, strength, and love. Now a survivor, she turned her love of color and texture into a growing business where she creates beautiful abstract art, jewelry and accessories inspired by her creations. She views life as a magical moment to inspire and be inspired. 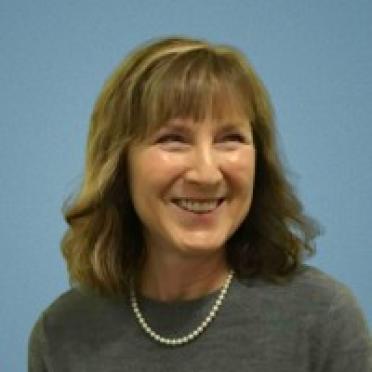 Barbara Magella (Vice President) grew up in Wyoming in the 50’s and 60’s, and her parents lived in Wyoming until their passing. She has ties to the Center having a sister and niece who currently teach here, and having introduced her grandchildren to music through the Musik Kids program at the Center. Barbara served as Divisional Vice President, IT, for Great American Insurance, Annuity Group (retired June, 2018). Prior to this, and for most of her career, she served in various leadership and executive roles for local companies. Barbara is a lifelong supporter of the arts. She also works with a number of local nonprofits as a member of Impact 100 and Social Venture Partners and has a passion for helping nonprofits increase their impact in serving the community and build a stronger community. She brings her experience to bear in areas such as strategic planning, organizational structure, and program management. 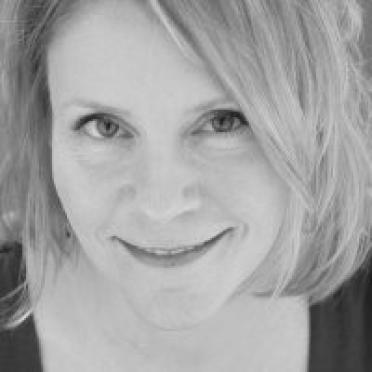 Elise Edelman (Secretary) has worked as an Innovation and Human Potential Consultant for the past 8 years. She previously spent 24 years in Product Development at Procter & Gamble, where she uncovered consumer insights to guide technology development and bring products to market. Her experiences developing new product ideas led her to coach teams and leaders on strategy, creative problem solving, and holistic idea development. She specializes in assessing organizational dynamics and leadership coaching. She holds a BS degree in Chemical Engineering from The University of Toledo. She lives in Wyoming with her husband Ken and daughter Fiona, who participates in art and musical theatre classes. 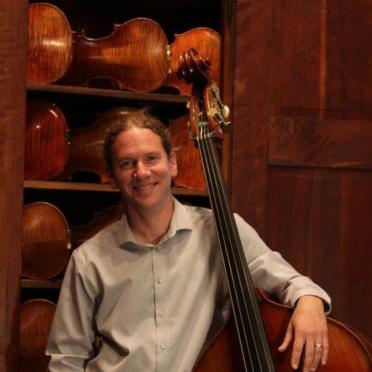 Board Member
Position
Board Advisory Positions

A lifelong Wyoming resident, Jason Bartel grew up in a musical family and business. Jason’s father Paul, founder of the Baroque Violin Shop, as well as the Wyoming Fine Arts Center, exposed Jason to his passion for the arts at an early age.

After growing up in the family retail store, the Baroque Violin Shop, he chose this as his career path after graduating from the University Of Cincinnati with a bachelor's degree in Industrial Design. In 2011, Jason took his passion for music, and his experience in the orchestral string retail shop, and combined them into a new business, Maple Leaf Strings.

Maple Leaf Strings is an orchestral string manufacturer and national distributor that offers instruments from the student level to the professional level, as well as complimentary marketing and branding solutions for their customers. 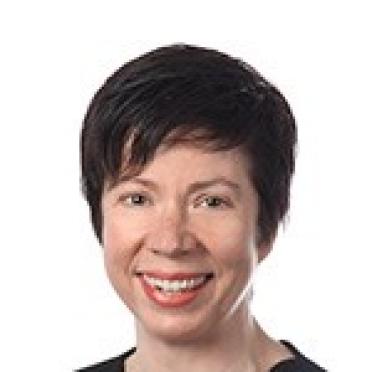 Jen has over 20 years experience with GE Aviation – in sourcing, manufacturing, and program management. Most recently, she spent 4 years living abroad – Turin, Italy and Prague, Czech Republic – where she found a renewed passion for the arts. After spending four years abroad, Jen moved to Wyoming, taking a new role as the Chief Operations Officer for the Business and General Aviation division at GE.

Outside of work, Jen and her husband Bobby spend much of their time taking care of their two daughters – one enjoys voice lessons, and both are enrolled in the The Center's summer camps. Jen also has a passion for running – completing half-marathons in 7 countries, and running her first full marathon in Ohio this past fall.

In addition to the Wyoming Fine Arts center, she serves on the board of Queen City Opera.

Kate Miller is a graduate of Bryn Mawr College and the University of Cincinnati College of Law.  After law school, she served a year at the Department of Justice's Executive Office for Immigration Review, helping write policies for the nation's immigration courts. She spent the better part of the next decade working at the Department of Justice's Civil Division, where she represented the United States in federal district court and appellate cases around the country.

A Cincinnati native, she moved to Wyoming in 2013, where she has served on a variety of local boards.  As a graduate of the county's Master Gardener program, she has devoted volunteer hours to improving local outdoor spaces, and she spearheaded the creation of the outdoor learning garden at the Wyoming Fine Arts Center.  She has sung in numerous choirs and currently sings with One Voice.  Her two boys have taken music lessons at the Wyoming Fine Arts Center for years. 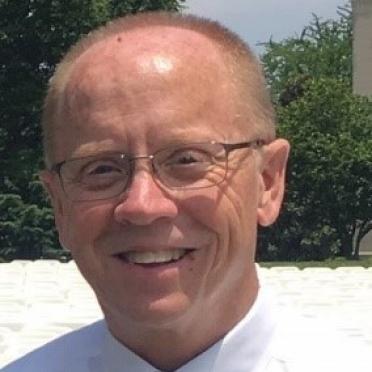 Kevin Gillie is a veteran of polymer and material science applications.  His career has been primarily focused on formulating and manufacturing substrates and coatings for the food packaging and labels industries.  He has held R&D leadership roles for global organizations and continues as a Technical Product Manager for a specialty chemicals company.

He is an avid musician, having played french horn for over 45 years performing with many community bands, orchestras, and brass quintets.  He has played in pit bands for high school musicals and taught privately for many years while living in Delaware.  He supported the musical and performing arts endeavors of his own children and many of their peers throughout their educational years.  He was on the Middletown High School (Delaware) band boosters board for 9 years serving as president for 5 years.

His passion is working with young people using music and art to enhance their skills and learn important life lessons.  The educational focus of The Center is what brought him to this organization. 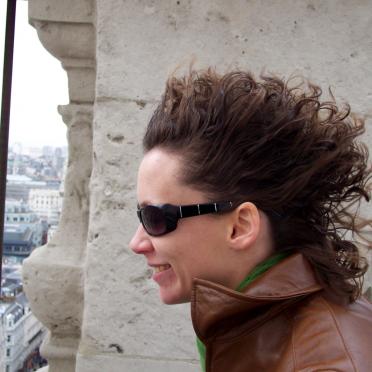 Liz Galvin was told as a senior in high school, during a small recession, that she should not pursue a degree in Architecture because she would be unable to find a job in it. Engineering was definitely the way to go! So she did get a degree in Structural Engineering, but only ever worked in Architecture. Eventually she did get that Architecture degree she'd wanted, and her Professional Architecture License after that, and has continued to be gainfully employed as an Architect in a variety of ways ever since. Her kids are avid users of the Wyoming Fine Arts Center, and she has been on the Facilities Committee since June, 2019. Follow your dreams! 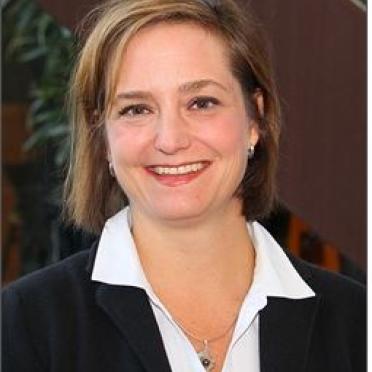 Rachael is currently a controller with Sibcy Cline with a history of strong leadership and management skills when overseeing internal financial controls. She is a dependable, enthusiastic, and ambitious certified public accountant professional with strong attention to detail and a commitment to quality work. Rachel holds a Bachelor of Business Administration in Finance from the University of Kentucky and a Master of Business Administration from Thomas More College. She has also earned a Certificate of Accountancy and is a Certified Public Account. Rachel’s record of effective communication, building relationships, and adapting to evolving technology has allowed her to supervise and strengthen professional relationships. 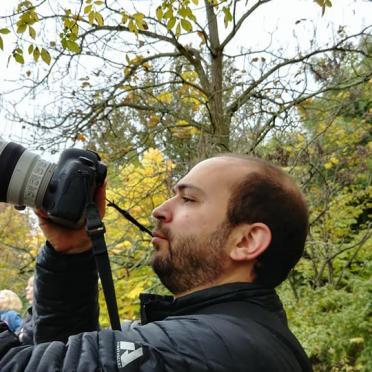 He has been a member of the Board for the Schilling School for Gifted Children for the last 15 years.

He has also served on the Board of Congregation Beth Adam for 8 years and was Board President for 2 years.

Sam received his BA from Miami University in Oxford, Ohio. 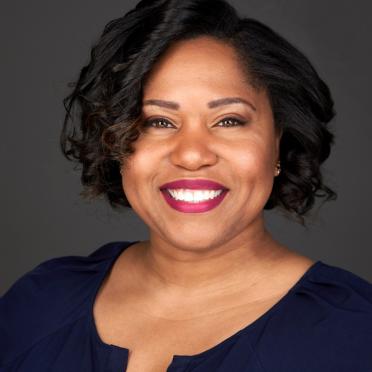 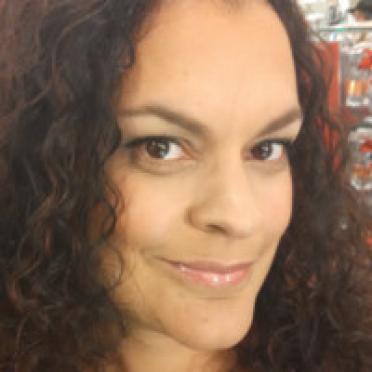 Spring Starr Pillow graduated from Northern Kentucky University with a degree in Musical Theatre Performance and holds Masters Credits from The University of Cincinnati in Education and Counseling.  Currently, she is employed as the music and drama teacher for DePaul Cristo Rey high school and is administrator and director for Wyoming Middle Schools drama program.  Spring is also a teaching artist for several surrounding schools in town, investing in trauma and crisis drama work.  Prior to this position, Spring worked as a Fine Arts administrator and instructor for St. William elementary and Bethany Schools.  She was also employed as the Director of Education for The Children’s Theatre of Cincinnati, where she was able to create several workshops and act as Program Coordinator for S.T.A.R., a performance and enrichment program for students interested in the arts.

Spring is a very active part of the initiative to combine theatre and education.  She was the Assistant Director for Camp Sharonville Fine Arts camp for 8 years and developed several after school and in school workshops, combining curriculum and drama in the Tri-state schools.  In 2000, Spring received the Cincinnati Entertainment Award for Musical Theatre for her work in Around the World in 80 Days. Spring is also an active performing artist who has performed at The Ensemble Theatre of Cincinnati, Showboat Majestic, The Covedale Center for Performing Arts, and with her band “No Guarantees”.  She was a featured vocalist and Cabaret artist at The Celestial restaurant in Mt. Adams and had the esteemed pleasure of being a featured vocalist at the opening of the National Underground Railroad Freedom Center.  Along with being a performer, Spring was a resident choreographer for Mercy High School for 12 years and currently teaches private voice.  Spring has also had the privilege of singing and cowriting with David Kisor, a prolific children’s song writer, on several national CD’s and play projects through Growing Sound.  In her spare time, Spring enjoys writing poetry, short stories, plays and music, rehabbing old homes, singing whenever possible, and spending time with her boys, Nick, Eli, and Max and her dogs, Sophie and Herman.